On November 8th, 2018, student leadership hosted the annual Turkey Ball Tournament as part of the turkey drive fundraiser. Each ticket was $2, and all funds went to families in need during the holidays.  Prior to the game starting, student leadership walked around with buckets to gather donations for the turkey drive, with these donations effectively ending the Stop the Fox campaign (and sparing the ears of students and staff alike) Jasmine Fountain was the caster of the event, highlighting key plays and asking questions to the audience.

There was a total of 8 teams: 6 GOATS Who Just Met, ICT Ballers, LPP, Mathletes, Soup-A-Stars, The Boys, The Queen’s Court and Turkey Thugs. In typical tournament format, each team would play against another, with the winning team moving on to the semi-finals, and from there the two top teams would duke it out to determine the Turkey Ball champions.

The first match was against The Boys and 6 GOATS Who Just met. While they held their ground for a good portion of the match, 6 GOATS Who Just Met would not be able to defeat the powerhouse that is The Boys. Round 2 was ICT Ballers versus Soup-A-Stars, where the Soup-A-Stars showed the crowd how brightly they shined, swiftly defeating the ICT Ballers. Next was The Queen’s Court and LPP against one another. Both teams played hard, but LPP played just a little harder, taking the match. To round out the initial games, the Mathletes went against the Turkey Thugs. The Turkey Thugs would quickly finish out the first round, moving into the semi-finals.

The semi-finals were filled with adrenaline, with all four teams playing as hard as possible for their chance to play in the finals. The fan-favorite team, The Boys, would sadly lose to Soup-A-Stars and the LPP would reign supreme in their semi-finals match, playing a well-fought game against Turkey Thugs. With the final teams determined, it was time for the last match to name the Turkey Ball champs.

This time, the matches would be a best 2 out of 3, to allow the 2 teams to play on an even field. Both teams managed to score 1 point, making the last round a heart-pounding experience. The rules were modified so that no out players could be tagged back in if a teammate caught a ball. This final match lasted through the last bell, adding even more tension. In the end, it would be the Soup-A-Stars that would secure the victory, and the title of Turkey Ball Champions! 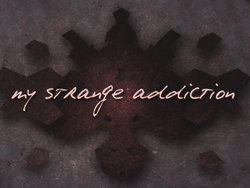