Apex Legends dropped their newest season on August 3rd. There were immediate complaints from pro-players and casual players alike. One of the biggest complaints surrounds the game’s newest legend, Seer. Seer is the game’s newest recon legend and he comes with a variety of advantages for his team, but the main cause of the complaints come from his tactical ability.

Players believe that the ability gives Seer’s team too many advantages to be considered balanced. Their main complaint is in the tactical’s ability to interrupt revives and healing, on top of a stun and flash effect, and revealing the enemy’s location and health bars. Coupled with Seer’s heartbeat sensor ability, players claim that the newest legend is overpowered gives teams an unfair advantage with Seer.

Respawn entertainment has acknowledged the fan’s complaints and have released a patch removing the flash effect and the 10 damage the tactical dealt to players along with other nerfs to Seer’s abilities. These changes have since balanced the Ambush Artist out and players seem content with all of the nerfs and people are happier with Seers overall position in the Apex Roster. 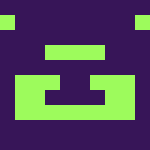