Hanukkah is a Jewish 8-day holiday. It is celebrated with a nightly menorah lighting, special prayers and food. It began November 28th – December 6th in 2021. The menorah holds nine candles, one is used to light the others during each night. It is to be placed by a window or a doorway.

Messages of the candles

The holidays are here and for many, it is a joyful season. But for Jewish communities, the Anti-Semite hate crimes spike. But why?

According to fbi.gov, Jewish people make up 1.7% of the United States of America population but are 60% of religious hate crimes and 12% of hate crimes in total. Maybe this is caused by misconceptions upon the Jewish community, only 15 out of 50 states are required holocaust education and a survey done in 2020 by claimscon.org, shows that 63% of Millennials and Gen-Zers don’t know that 6 million Jews were killed during the holocaust.

Over the years, there have been multiple occurrences of hate crimes during Hanukkah. In 2020, just before Hanukkah, the only Anne Frank memorial was vandalized with Nazi propaganda. There were signs with swastikas on them and words that read “WE ARE EVERYWHERE”. In 2019, a man had looked up information on Hitler and locations of synagogues and stabbed 5 people on the seventh night of Hanukkah. Recently, in 2021, Anti-Semitic posters were found in Beverly Hills when Hanukkah had just started.

This is not only an issue in the United States, but also worldwide. In 2021, the British police reported a video of Jewish teens getting off a bus and being met with Nazis. The bus was advertised as a “Hanukkah party on wheels” the Jewish teens were spat on and Nazi saluted. British Prime Minister tweeted out on Thursday, “Racism of any kind will never be tolerated in our society and we will continue to do all we can to root it out” while Mayor of London, Sadiq Khan, tweeted on Wednesday, “antisemitism has no place whatsoever in society and I utterly condemn these disgusting acts. No one should have to experience this. If you have any information about this incident, I urge you report it.”

How to help the Jewish community 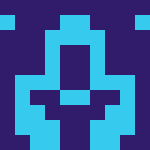