Kyle Rittenhouse was a 17 year old police enthusiast that had driven 206 miles from Illinois to Kenosha, Wisconsin to a protest with a Smith and Wesson AR-style semiautomatic rifle. He proceeded to shoot and kill two people and injure one. Among the dead was Joseph Rosenbaum (36) and Anthony Huber (26) and the wounded was Gaige Grosskreutz (28). It is believe by the Kenosha County Sheriff, David Beth, that Kyle Rittenhouse was part of some sort of “vigilante group”. The men who died were also trying to attack Rittenhouse to take his rifle from him but unfortunately he shot violently around him which took their lives. 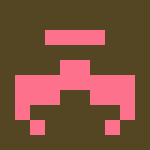