This week we sat down with our new principal, Mr. Rogers. We asked him a couple questions to get to know him a little more. Mr. Rogers, aka Travis Rogers, was born on September 26th. He is originally from Wichita, but he graduated in Booker, TX. Rogers was a former P.E. teacher here at South High from 2007-2014. He also taught AVID. Mr. Rogers was also a former vice principal at West and Southeast High. He then left USD259 and was a principal at Marion High School for 2 years. Rogers says he decided to come back to South because he was always interested in the functioning of the school. He also says he enjoys seeing former coworkers again.

So far he’s loving every part of his job. He says the students have been great and are welcoming him to South amazingly. Mr. Rogers loves seeing students in school and the classrooms and seeing teachers teach in person again. Although he wishes class sizes were smaller, he is extremely proud of the teachers and thinks they’re doing amazing. He is a bit upset that we aren’t having pep rallies this year due to COVID-19, but he does encourage students and teachers to still get involved.

Rogers has many different plans and goals for South. He plans on growing the pancake feed and updating the courtyard by getting new seating and awnings. He also says that he’s working with the CTE office to get dual credit for AP classes, thus including the fire science program. Rogers wants to work on the student and teacher connections here at South. He believes that is very important in having a successful school year. He wants students to be able to have a fun environment at school but says that its a two-way street and both parties need to trust each other. 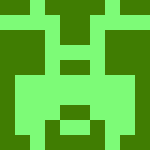