Gender equality is a huge issue in the world we live in. We are all supposed to be treated equally, but that is not the case in today’s world. There are many issues that not only women face, such as men tend to get more promotions than women, or women are more educated than men in America. On that note, women face problems like sexual harassment, women’s products usually cost more than men’s, women have to pay for menstrual products while condoms are free. Most, if not all, women of color face racism when it comes to education and employment, those women find it extremely difficult to get a good paying job. For example, the Institute for Women’s Policy Research found that Asian/Pacific Islander women have the highest median annual earning and are compensated $46,000, white women get $40,00, while Native American and Hispanic women have the lowest pay from $31,000 to $28,000 per year. As for men they do have gender equality issues, just not as many as women, such as lower life expectancy, bad health, and lower education. That may seem like it should be the other way around but it’s true, women can have a better education then men even though our job opportunities are limited, or at least they used to be.

The moral of the story is that its not just women who face gender equality issues, men face it to but nobody talks about it, just like men can have mental health problems but that’s a story for another day. Be aware of your surrounding, open your eyes to see the bigger issues going on in this world. 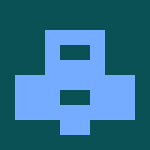