Since the start of the Coronavirus, Asians all around the world have been getting hate. And not just hate, death threats as well.

Asians are the target of many riots all because of how the Coronavirus originated from Wuhan, China, a small city in Asia. Reports say that in said country, Patient Zero, the first of many infected people, spread the virus to what it is now expressed today.

Those reports pushed a lot of hate towards the Asian people, 2020 dealing with about more than 8,240 cases nationwide (soon jumping to over 12,000), all centered around verbal harassment, shunning, and physical assaults.

Even today, these people are still getting hate, as more people fall under the virus. Some Asian-American Christians have taken to fighting back their own way, asking churches to fight the racism with them.

Marsha Blackburn, of Tennessee, tweeted on Twitter about the issue, but it was in vain.

“China has a 5,000 year history of cheating and stealing. Some things will never change…” she had tweeted. She even mentioned in some posts ruling around the “China Virus.” hinting that it was their fault for the pandemic.

But that didn’t go unnoticed. Kwong, an assistant professor at the College of Technology in New York City, contacted Blackburn, but with no response from the woman, decided to take matters into his own hands and write a blog about what was going on. The blog was titled “An Open Letter on Anti-Asian Racism and Christian Nationalism,”

“While anti-Asian racism runs rampant throughout America today, it particularly flows from Christian nationalists in positions of power,” He had written. “Instead of upholding Christ’s kingdom without borders, Christian nationalists increasingly frame ‘the Chinese’ as emissaries of physical and spiritual disease, besieging God’s chosen nation. It is no exaggeration to say that, in the wake of COVID-19’s world-historic spread and Donald Trump’s 2020 defeat, anti-Chinese malevolence lurks where the flag meets the cross.” 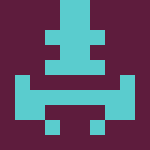