This past Sunday, September 26th, 2021, The Green Bay Packers and San Francisco 49ers faced each other for NFL’s Sunday Night Football. Both teams are great with amazing athletes such as Aaron Rodgers and Mohamed Sanu. Even though its barely week 3, San Francisco has already made quite a impression with their record of 2-0, While Green Bay stands at 1-1.

The game had fans from both teams sitting at the end of their seats as they fought for the win. Within the first quarter there was a lot of tension between both teams as they were battling to see who could score points of the board first. By halftime the Packers had made two touchdowns while the 49ers only made one. But there was still plenty of time left and the 49ers did not give up! By the end of the last two quarters the Packers had racked up 16 points when the 49ers added 21 points.

The game ended with the final score of 30-28, Green Bay Packers took the lead just by 2 points. Both teams brought their A-game and played their hearts out from start to finish. It was definitely a fantastic way to end off NFL’s Week 3 Sunday Night Football! 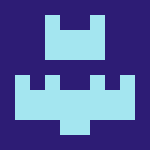