Some triggers that could cause an anxiety attack are overworking, a reminder of past trauma, large crowds, conflict, or busy work periods

If you catch yourself in an anxiety attack practice this grounding exercise:

Some people with anxiety are described as being “dramatic” or “rude” for certain things they do but sometimes they can’t control it. For example, when someone cancels plans last minute it is seen as “rude” but for a person with anxiety their symptoms might be setting in and they need a break. If you know someone with anxiety don’t judge or guilt trip them for their behavior. Instead be understanding, caring and reassuring! 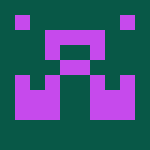