On Monday, November 8th, an orchestra concert was held in the South High Auditorium. The concert started at 7:00 pm while doors opened at 6:30 pm. The concert opened up with a short note from the director asking for no talking, silent cell phones, and no yelling the students’ names. This is the first orchestra concert of the year and it went off without a hitch. 3 different orchestra groups preformed, including Concert Orchestra, Chamber Orchestra, and Sinfonietta. 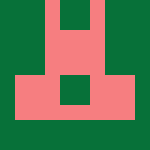