After Travis Scott’s mishap at Astroworld, he offered to the families of the 10 victims to pay for their funeral services. The family of the 9-year-old victim, Ezra Blount, declined his offer. Travis’ lawyer, Daniel Petrocelli, sent an email to the Blount family lawyer saying, “Travis is devastated by the tragedy that occurred at the Astroworld Festival and grieves for the families whose loved ones died or were injured. Travis is committed to doing his part to help the families who have suffered and begin the long process of healing in the Houston community. Toward that end, Travis would like to pay for the funeral expenses for Mr. Blount’s son.” According to a letter obtained from Rolling Stone Blount family lawyer Bob Hillard told Travis’s team, “Your client’s offer is declined. I have no doubt Mr. Scott feels remorse. His journey ahead will be painful. He must face and hopefully see that he bears some of the responsibility for this tragedy.”

Ezra was the youngest of the ten victims that died at Astroworld. He was sitting on his father’s shoulders when he was trampled and died on November 14th after being placed in a medically injured coma from his injuries. 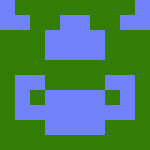