With the regular season all wrapped up and the playoffs are now locked in, experts have published the odds for all 10 teams in the playoffs (Odds are sourced from DraftKings).

The number one team in the NFC features one of Aaron Rodger’s best supporting cast. With All-Pro Davante Adams, who has lit the NFL one fire with his receiving yards and touchdowns, and All-Pro linebacker De’Vondre Campbell, this Packers team looks set to make the big game. They get a bye-week as well, meaning they have time to rest and practice until their next match.

The 2nd seed in the AFC started the season rocky, when Mahomes was having an interception streak that he would like to forget about, but they quickly turned it around, finishing 12-5. The Chiefs are coming off a Super Bowl loss to the Buccaneers, but they have look poised to make it back.

The Bills have reinvented themselves in the recent seasons, and they are hungry for redemption after losing to the Chiefs last year in the AFC championship game. Josh Allen has been playing great this season, with a good supporting cast headlined by Stefon Diggs, and a serviceable defense. They are playing against Bill Belichick, who was one season removed from the playoffs, but is coming back with a young but strong Patriots team. The Bills have a tough road to the playoffs, but they are confident.

The reigning champs have looked deadly again this year, with the possible MVP Tom Brady, once again proving that his age is only a number when it comes to performance. Tom has 5,316 yards and 43 yards on the season, with many targets in his arsenal. With a high impact offense and a good defense, Tom is looking to add yet another Lombardi into his collection.

The #1 team in the AFC wants to prove that they’re legit this season, and with the 1st round bye, they could be able to do it. Even when their star runningback Derrick Henry went down for a season ending injury, the Titans still found a way to keep themselves competitive, finishing the season 12-5. Last year, the Titans defense was weak, it was the low point of their team. That is not the same this year, as their defense has found a sense of rejuvenation under two All-Pro players, safety Kevin Byard and lineman Jeffrey Simmons. Their passing game is decent with Tannehill under helm, but their rushing game is strong, even without Henry. But however, Henry will more than likely be active for the playoffs.

The #1 team in the NFC West has looked good and healthy, something they usually can’t say every season. Cooper Kupp is having an amazing season, and Matthew Stafford is definitely an upgrade to Jared Goff if you ask a Rams fan. Aaron Donald continues to be one of the best defensive lineman in the NFL, and Jalen Ramsey continues to be an elite cornerback. They have taken some injury blows, especially with their safety Jordan Fuller being out for the remainder of the playoffs. The Rams can be inconsistent at times, sometimes they look like the best team in the NFL, and sometimes they look mediocre. With their divisional rivals the Cardinals being their wild card opponent, their success in the playoffs is up in the air.

“Dem Boys” have looked impressive this year, in one of their best seasons in recent years. Trevon Diggs has racked up an impressive amount of interceptions, but the rest of the defense hasn’t set the NFL on fire. Their offense on the other hand, has looked great. The Cowboys are first in both yards and points per game, and they are 2nd in passing yards per game. The Cowboys are playing the bully-ball 49ers, which could prove to be a tough competitor.

Joe Burrow’s comeback season has been very successful for the Bengals. Along with Jamarr Chase, who has looked like an Offensive Rookie of the Year, and even Offensive Player of the Year. The explosive offense of the Bengals are looking to surprise the NFL this playoffs.

The 49ers made the playoffs on the last game of the year in a overtime victory against the Rams, where they looked competitive. The 49ers are a team with a questionable quarterback situation, flipflopping in-between Jimmy Garoppolo and Trey Lance. Their receiving game is good however, Deebo Samuel has had an excellent season, and Kittle continued to have another dominant season at tight-end. Eli Mitchell has been in good form as of late, making their run game look dangerous. The 49ers need to pull off a lot of upsets if they want to do something in these playoffs.

After missing the playoffs for one season, Bill Belichick found a way to get right back in. This developing team has an elite defense, players like Matthew Judon and J.C. Jackson making a difference in the secondary. Their offense is a little suspect. Mac Jones isn’t anything special and he doesn’t really have a number one target that he can throw to reliably. Damien Harris has been consistent, rushing for 929 yards and 15 touchdowns. Their offense is the weakest part of the team, but as the saying goes, “defense wins championships”. Bill B. will be looking to get back into the Patriots winning ways in these playoffs.

The Cardinals once upon a time had the longest winning streak this season, but then they collapsed at the end of the season, going 2-5 in their last 7. The team is talented on both ends, Kyler Murray and Deandre Hopkins are a good offensive duo, and players like Chandler Jones and Budda Baker hold it down on the defensive end. Their only problem is themselves, they have looked a bit lost in the recent weeks. The Cardinals look to beat their division rivals the Rams, to not end the season in a disappointing manner.

The Raiders needed a field goal as the last seconds of the season expired against the Chargers to make the playoffs. The Raiders are not Super Bowl favorites, but simply making the playoffs is a feel good moment for the teams faithful fans, especially after the long drama filled season they had. They could upset the inexperienced Bengals, but it’s not likely that it happens.

The Eagles are one of the weakest teams that are in the playoffs. Benefiting off a weak NFC East, they snuck into playoffs, even though they never really had an impressive win, going 0-6 against teams in the playoffs. The city of brotherly love needs to be on their A game if they want to defeat the Buccaneers.

The team with the worst odds falls to Pittsburgh’s finest. A team that also made it on the last game of the season, they are not a very impressive team. With a near retirement, Ben Roethlisberger under center at quarterback, their offense has been nothing to write about. The only real bright spot this season, has been T.J. Watt, who has been otherworldly on defense. Other than that, it doesn’t look too good for the Steelers as they go against the Chiefs. 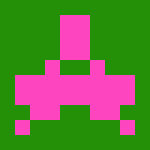