This week, USD 259 has cancelled school for today, Wednesday, February 2nd, and for tomorrow, Thursday, February 3rd. This is due to the predicted 6 to 13 inches of snowfall along with a predicted wind chill of as low as 15 degrees below zero. Last night around 9 pm it began to lightly snow. The first few hours of now melted before the freezing cold night allowed snowfall to settle. Today, there has been a high number of car accidents on and off the highway.

While there is not a high predicted snowfall, the temperatures for Thursday are predicted to have a high of 18 degrees and a low of 2 degrees. This is too cold for students to wait at bus stops and there is a chance that school busses would not even start at such low temperatures.

Many students and staff members were excited about having a day off, but having two days off during South’s spirit week means many are left disappointed. Thursday’s cancelled school day will be added on to the end of the school year, making it even less rewarding. All athletic activities for Thursday have been cancelled but as of right now, classes and activities will resume as planned on Friday, February 4th. 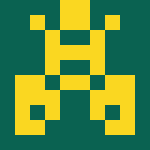 Season 5 of Yellowstone is out