Honda and LG energy solution partner up to build a battery plant in the U.S that will build advanced lithium-ion battery cells by the end of 2025.

The announcement marks the latest plans by automakers to invest in American production of battery cells for electric vehicles, the industry to meet stricter regulations and accelerate production.

The facility is to be established by the end of 2022. Honda currently has large manufacturing facilities in Ohio, Alabama and Indiana.

CEO of LG Energy Solution, Youngsoo Kwon, called the new plant “another milestone” for the South Korea-based company, which also has joint ventures with GM, Hyundai and Jeep-Maker.

The new plant will aim to have an annual production capacity of approximately 40 gigawatt hours. And will produce 2 million EV’s a year by 2030.Honda is committed to the local procurement of EV batteries which is a critical component of EVs,” said Honda CEO Toshihiro Mibe.

Many of the battery plant investment by automakers have to follow the stricter guidelines that are part of the United States-Mexico-Canada Agreement. 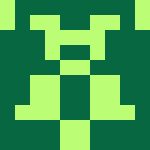