Finally, John Dutton (Kevin Costner) is in charge. Yellowstone season 5 starts out with John Dutton being elected as governor. He’s got all the power over the land in the entire state of Montana. John only cares about the land. John doesn’t care about education or about the airports, just leave John at peace at his ranch.

After 4 seasons of manipulation, scheming, and wrestling, John’s now calling the shots. Costner continues to play the wise, comforting, grumpy grandfather he is, but now since the ranch is at stake, his decisions feel unwise. Season 5 is going to get ugly especially since their enemies are watching every single move John and his family makes.

Kelly Reilly, who plays Beth, hasn’t changed one bit while being a married woman to Rip, she’s still the same old Beth, still making decisions that’ll get her in trouble, but she doesn’t care. Cole Hauser, who plays Rip, is still the same strict guy on the land but soft and gentle to Beth.

The stakes are high at the bunkhouse where hijinks and crimes reflect on the new governor, and they’re also quick to arise.

But besides that, there’s regular nonsense on the ranch. Rip and Beth are still deeply in love, Kacey (Luke Grimes) and his wife Monica (Kelsey Asbille) can’t catch a break, the cattle are being threatened by wolves, Rip’s being strict to everyone who also works on the land and is living in the bunkhouse, John wears a lot of ties, etc.

While John hits the ground running as governor of Montana by “declaring war”, demanding cancellation of the lease at the airport and non-residents of the state would be paying higher taxes. John doesn’t care that revoking the lease for the airport amounts to a breach of contract, and both John and his family don’t have time or a lot of patience at the moment. 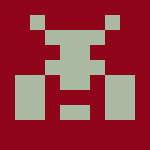