Does money buy happiness? It’s a very controversial subject. The amenities that come with having money have many believing it potentially does. However, some believe that finding happiness means understanding that the luxurious things we think will make us happy in life don’t actually bring lasting satisfaction.

A seminal study concluded that while “low income is associated both with low life evaluation and low emotional well-being”, ironically, “high income buys life satisfaction but not happiness.”

In December 2020, A study was done where TED invited people on Twitter to apply for a “mystery experiment” that would be “Exciting… surprising… potentially even life-changing.” The tweet also stated “It may also be stressful on occasion. And it will probably occupy some of your time over several months.” in return, researchers would attempt to find something essential about human nature. A few months later, a select group got emails advising them they would receive $10,000. Where they were allowed to spend the money however they wish: on personal needs or dreams, or by paying some or all of it forward to others

This study was made to show how people’s happiness would be impacted. The experiment indicates that money can indeed buy happiness at least for six months, among households making up to $123,000 a year. Those who earned $10,000 a year gained twice as much pleasure as those making $100,000 annually.

People with more money typically have more leisure time and access to better food, health care, security, and shelter. In addition, they can have the feeling of having more control over their life. Things that make many people happy are generally the things that cost money like vacations, eating out, or just buying products to please themselves. However, these are not things that bring you lasting happiness. While many believe that spending money on yourself leads to the greatest happiness yet studies show that people who tend to donate to charities or even buying for others convey greater happiness. One rationale for this wonder is that giving to others makes us feel better about ourselves.

As these specialties can offer fleeting pleasure discovering enduring happiness is understanding gratitude and optimism and the long-term effects in life.

Some will argue that money does not equal character and that it is an unreasonable comparison. For example, money does not have the ability to change someone’s nature. However, positive emotions, thoughts, and experiences can all attribute to your overall happiness. Yet, People tend to mix this up with the idea that when you have money it improves the quality of your life style regardless this happiness is only temporary.

“We have normalized this idea that when you are poor, it’s your fault and so you should be ashamed of it,” Jachimowicz says. “At the same time, we’ve structured society in a way that makes it really hard on people who are poor.” and this idea has built a stereotype that poor people do not have control over their life or how they feel. “People who are poor should feel like they have some control over their lives, too. Why is that a luxury we only afford to rich people?” Jachimowicz says. “We have to structure organizations and institutions to empower everyone.” 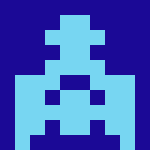