Are you tired of holiday movies? Do you need something set in December that isn’t Hallmark-ified? Well lucky for you there’s an array of choices! In fact, you may have watched one of these said movies already. Christmas is a surprisingly versatile setting, with bangers like Die Hard (1 and 2), Lethal Weapon, Batman Returns, Edward Scissorhands, and American Psycho taking place around the holidays. But those are the most known of the bunch, here I want to shine a light on the semi-Christmas movies not talked about. Such as Star trek Generations, I mean how do you even keep track of time in space? How are the holidays relevant to such? With flashbacks of course! The bad thing about being in space is not being on Earth, right?

If you’re looking for something else like an action movie there’s plenty; Kiss Kiss Bang Bang, a comedy-action movie because we don’t like to take things too seriously here. Robert Downey Jr plays a thief that unintentionally lands a role in a murder mystery. Crazy wild events make it a real murder mystery (for him) in this Christmas day set flick. And if you really like Robert Downey Jr, Iron man 3!

Speaking of long names, in Catch Me if You Can, Leonardo DiCaprio plays a mischievous bank robber and several key points are set during the winter holidays. But if you’re looking for something more lighthearted, Ghostbusters II is set during the holidays in the new year. Better yet, Bebe is a film where a county fair pig is won by a farmer and barely escapes being Christmas dinner. Longing for a giggle? Look no further than Step-Brothers, there’s one Christmas scene in there. And since that’s the criteria, Mean Girls do too! But let’s get back to scenery with Eyes Wide Shut, if you are looking for the opposite of holiday cheer here you are! Christmas webs its way into a movie from start to finish, with the theme being less than joyful. The film shows that like Christmas, desire promises more than delivered.

Hopefully this widens your array of choices this Christmas season. Feel free to snuggle up and get comfy while sipping on Hot Cocoa to any of these films. 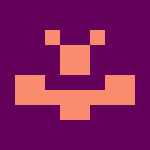