January 2nd, 2023, the Buffalo Bills would travel to take on the Cincinnati Bengals in what was the most important game of the regular season for AFC playoff seeding.

However, just minutes into the game on a Cincinnati drive, Buffalo Bills safety Damar Hamlin made what seemed like a routine tackle on Cincinnati receiver Tee Higgins. After making the tackle, Hamlin quickly bounced up onto his feet, took a few steps, and collapsed backward.

Hamlin went into cardiac arrest and CPR was administered to him almost immediately, and his heartbeat would be revived on the field. He was then taken to the University of Cincinnati Medical Center in critical condition. As Hamlin was being taken off the field, the Buffalo Bills whole team and staff huddled up together and said a pray.

After about an hour, and many conflicting reports about whether play might resume, the game was postponed indefinitely. 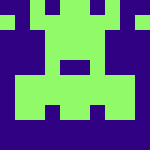