Faze Temperrr stepped up to the challenge after KSI’s original opponent Dillon Danis backed out of the fight. Temperrr thought he had a chance and told everyone they were underestimating him. His confidence did sway people to believe he could stand a chance. Temperrr trained for the fight he started pretty well but KSI just destroyed his defense with his very aggressive offense, Even with his 4-inch height and reach advantage he couldn’t stop KSI from getting in his face. Before the final minute of round one was up, KSI broke through the defense and Temperrr caught a right and then the left hook that knocked him out of the fight. KSI just showing that he’s a monster on another level starts doing push-ups and being cocky about his fight. 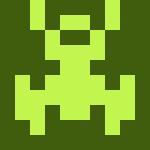