After a ribbon-cutting ceremony, guests went into the school’s brand-new gymnasium to watch the South staff play a pick-up basketball game with Dondlinger Construction, who were the contractors on the project. At half-time of the game, Dondlinger donated $3,000 to South to support the school.

South High School received several upgrades with their bond project. The school has a new gymnasium with a seating capacity of 2,400, a new swimming pool and a wrestling room that is also a safe room storm shelter. The former small gym has been turned into a wrestling room/multipurpose room. The school has a new music suite with a band/orchestra room, choir room and rehearsal space. The music suite is also a safe room storm shelter. South’s Culinary Arts classrooms and Fire Science classroom also received improvements.

South’s outdoor athletic improvements that were completed a couple of years ago included all-weather turf and track in Carpenter Stadium and tennis courts. 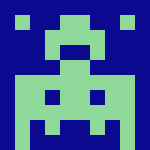