A Kansas teacher has just won $95,000 in damages against her school district for suspending her over not using a student’s preferred pronouns. In March of 2021, Pamela Ricard sued Geary County Schools for suspending her when she used a student’s legal first and last name. Other students in class and a counselor had informed Ricard that the student preferred a different name and different pronouns. Instead of using those, she opted out of avoiding them instead, saying that it respected both the student and her religious beliefs. She was suspended under the guise of “bullying by staff”. After she came back, the school installed a new policy for staff to make an effort to use pronouns as requested and that they couldn’t disclose the use of different pronouns to parents without permission. Richard claims that her conscience was violated by this new policy, and she sued the school. The court ruled that the school had to dismiss the new policy. The policy went against her First Amendment rights (freedom of speech and religion) and the court suggested that she continue avoiding using pronouns with students. 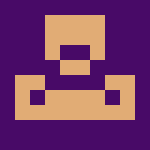 Hello! I’m Zoe Washington, a sophomore, and I’m excited to be apart of The Torch this year!